April - you weren't too bad after all!

So we’ve almost completed a full month of lockdown in the U.K.

My friends in other countries are on a different timescale, some are tentatively easing out and others are, after a lot longer than the UK, still inside!  It is incredible to think that during April over half of humanity was under lockdown conditions.

What a month April has been! All of us, regardless of language have now heard of coronavirus. Most of us have obeyed the rules and hopefully none of us have switched our quarantini-martinis, or what ever our tipple is, to a bleach and tonic despite the best intentions of the leader of the free world!

The sun beat down for a month and I’ve enjoyed getting out and walking more than ever before.  Whilst my walking at home has been copybook, working from home has had its challenges! I have embarked on a series of video interviews with Dan Carter, a true rugby legend.  It has been exciting to work with Dan who is incredibly humble and trying to navigate his own way through this. He is back in New Zealand and his rugby season in Japan has been cancelled. Now we both have the time, we are getting some rugby greats to have a nice long chat with us. The time difference of New Zealand being 11 hours ahead means one of us tends to be enjoying a glass of wine whilst the other is knocking back the coffee! We have wonderful guests, true greats, from Bryan Habana to Richie McCaw and Siya Kolisi and I will put a link at the bottom of this but you can find the chats on our facebook or instagram.  Once I had set up, I put up a picture of my home studio/office and how I was trying to film it and within an hour I had numerous phone calls asking about it, ranging from friends to ex-F1 drivers who are all embarking on their own projects or just trying to make themselves look better online!

Meanwhile, my friend and colleague Ed Jackson undertook his own project climbing the equivalent of Everest in his parents’ home. So far he has raised almost £50,000 for Wings for Life and the hospital in Bath that saved his life after he dived into a pool at a family party.  In that moment he went from professional rugby player to quadriplegic but that was just the start. Since then he has undergone a huge amount of rehab and undertaken an amazing number of projects to raise money. He is a great example of how adversity can shape and not break the human spirit.

As we try and look towards a future out of these restrictions, Formula One released their outline of an amended calendar taking in Europe, the Americas, Asia and the Middle East and starting in July. It is great to have an aim but there are so many complications to overcome before sport gets to that stage.   If the UK puts in place the 2 week quarantine period and that is still implemented in July then there is no way that anyone in the sport could have attended the Austrian GP a few days before and then turn up at Silverstone on the Wednesday! They are just the first two races!

As much as many of us would love to see some sport on the TV, it certainly doesn’t feel the priority at this stage when so much of the world is still going through an unfathomable time.

So April is almost ticked off - what will May bring? Let’s hope many more positives than negatives.  That’s all we can hope for - now and always. 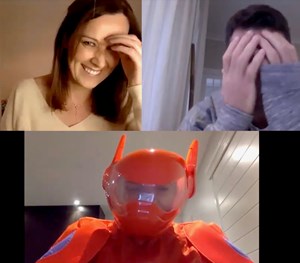